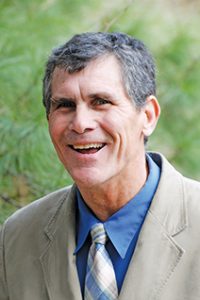 From the time I was young, I spent my summers vacationing on Lake Winnipesaukee. I never thought I would be so lucky as to live and work in this beautiful place. I was fortunate enough to have parents and grandparents who exposed me to the New Hampshire experience.  I love selling real estate so that others can enjoy New Hampshire as much as I do. My wife, Linda, and I live in Meredith, NH.

In the mid sixties to early 70’s my family lived in NYC where we were involved in the professional theater. I attended Horace Mann High School and played football and wrestled. I graduated in 1972. After Horace Mann I attended Harvard University, Class of 1976/78. I played freshman football and rowed for the Harvard Crew Team. After my freshman year at Harvard my mother married Robert Lamprey, Jr.. Bob was one of the first Realtors in New Hampshire and pioneered getting people to buy Real Estate in New Hampshire. He worked in the business from 1946 to 2008. He is known for the Stetson Hat he wore. It was then I called New Hampshire my home.

After Harvard I went on to Springfield College with a focus on coaching.

In 1980 Bob invited me into his business. Bob and my mother worked in the business together from 1990 to 2003 when my mother passed away. After Bob passed away in 2008, I became Vice President and part owner of the Lamprey & Lamprey Real Estate Business. I carry the Real Estate knowledge that Bob and my mother passed on to me and I am inwardly guided by them always. As time passed my life changed and in 2012 I decided to raise my game with Roche Realty Group in Meredith, NH. Mr. Roche emphasizes relationships and I intend to take advantage of his office with 45 agents. He also sells real estate in this beautiful Lakes Region. I am excited to be a part of his Team.